When restoring oak woodlands, aim for variation – from open glades and sparse pasture to semi-open woodland to more closed woodland areas. In the landscape as a whole, there is plenty of overgrown pasture. For this reason, grazing should be reintroduced when possible, but sometimes one must take care not to clear too much. Text: Annika Lydänge and Jonas Hedin 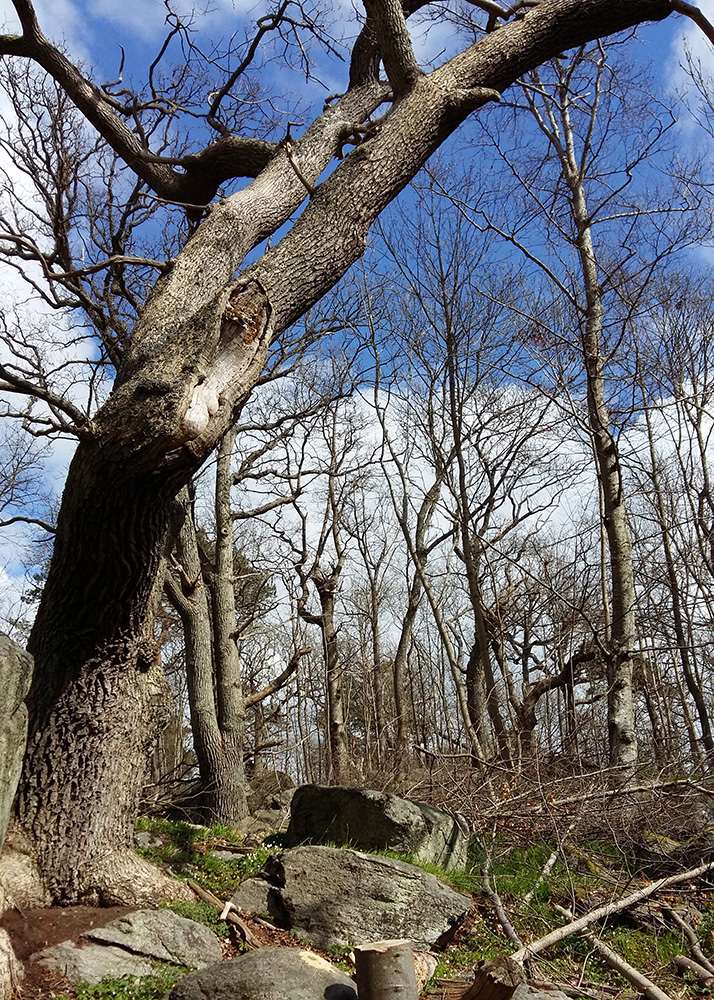 Although the main rule is that oaks and other old, large trees need light, sometimes one must find a balance in how much to open up an area, for instance depending on how it will be managed long term.

Slopes and other unmanaged land

For a long time, most land in southern Sweden has been more or less affected by various types of cultivation. On the more fertile areas close to the farms, you often found old oaks that were protected by the crown, i.e. the state, on hay meadows and fields. On the outfields, animals grazed, and to improve the grazing there was selective felling and burning off, as well as stump sprout cultivation. However, there are exceptions.

On slopes, in ravines and flooded woodlands, it has been harder for the grazing animals to influence the landscape, and difficult to fell trees. The species found here are either adapted to an habitat with high levels of moisture and shade (north-facing slopes), high levels of moisture and good light conditions (flooded woodlands), or very warm and dry conditions (south-facing slopes).

On slopes, interventions must be done with care, if at all. As the old trees often get light up on the crown, it is not a problem if it is darker and damper further down. However, some old trees can require selective measures if younger trees grow up into their crown, damaging them. But because of the high coverage of the canopy and the stony ground, the rate of overgrowth is often very slow in these areas.

Areas that cannot be grazed

In the restoration of pasture, grazing animals are often of invaluable help in recreating a variated pastures. In some areas with overgrown grazed oak pastures, for example those that are close to populated areas, it can be difficult or even impossible to establish grazing. In this case the restoration must be adapted to the conditions. Here it is important to keep the old trees and their successors alive, because possibilities for grazing or other long-term management might emerge later on.

In areas that are not grazed, it is important not to open up too much, because increased light and clearing can generate a strong growth of brush. An alternative to full restoration is point clearing, where only the younger trees that are growing up into the crowns of the old oaks, and the successors are removed.

When younger trees and various bushes are left between the old trees, the ground receives more shade than with a normal restoration, and the growth of brush can be restricted. Still, many areas can require repeated clearing of brush.

Areas with lots of hazel

Sometimes hazel appears to a relatively large extent together with oak. In areas where the grazing pressure is limited or non-existent, it is important to save the hazel that is present.

Hazel is associated with very many species; thus it is of value in itself. But it also has a shading effect, which means it reduces the growth of brush. Because the crowns of the hazel are lower than those of the oak, the latter still receives light. This means that hazel bushes can grow tight around the oaks, without necessarily causing them harm.

In stony and dry areas, it is especially important to save lots of hazel because such areas contain very many species of mycorrhiza-forming fungi.